Share
Dear Rilakkuma Fans,
We are one step closer to 2011!! Just one more day we will be waving goodbye to the good old 2010 and welcoming the brand new 2011!
We hope to see more fun and excitement in the world of Rilakkuma awesome-ness (if there is such a word) and also to see the number of Rilakkuma fans increase over the wooooorld <3 in this coming new year.
In 2010, we, Rilakkuma Shop started in mid-April with a teeny weeny tiny wish to spread the Rilakkuma love to the people in Facebook by providing another platform for Rilakkuma lovers. Well, there were rough times but we did eventually survived on the love that you guys showered us! Thank you thank you. Our hearts goes to all of you ~
Now, for Rilakkuma Shop to show a token of appreciation, we came up with the lucky draw to bring 2010 to a lovely closure using the "2011 Limited Edition Rilakkuma Plush" as the prize. We hereby, would like to thank everyone who took the effort to participate in this event and fret not, there will be more to come in 2011.
To make things short and sweet, we are ending this last post of 2010 to "show off" the actual peektures of the PRIZE.
Ta-dah~! 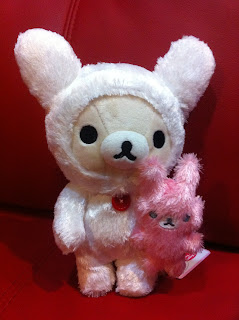 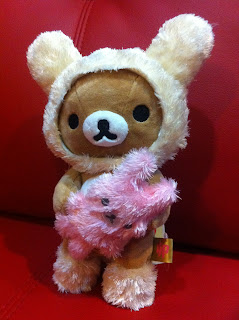 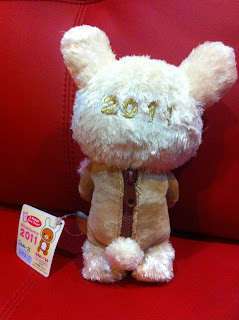 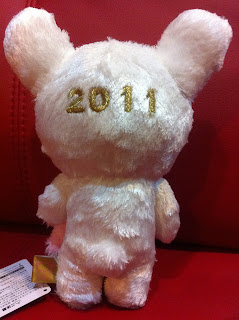 With less than 48 hours and counting down, the time is ticking away!!! For those who would like to bag this pretty couple home. PLEASE, its time to send us your photos now!! (You know you want them badly.)
For details on how to take part, do refer to our previous post: Rilakkuma Shop Christmas Event!
Update: Event Closed.
Hurry! They are sitting in our living room, waiting for chuuuuuuu.