This year, San-X and Tower Records came up with a new summer collaboration project: きらっきらのアイドル Kirakira Idol Project. Look at how glamourous they look below! 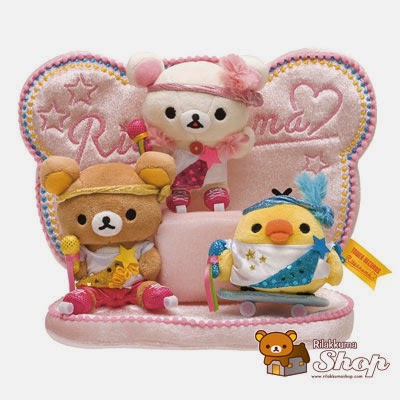 Both Rilakkuma and Korilakkuma are wearing roller shoes and only Kiiroitori is on a skate which made sense as his feet are too small to fit into shoes. (ᗒᗜᗕ)՛̵̖ Also, their get up kinda reminded us of the 70's singers outfit, which made the whole stage look retrolicious. 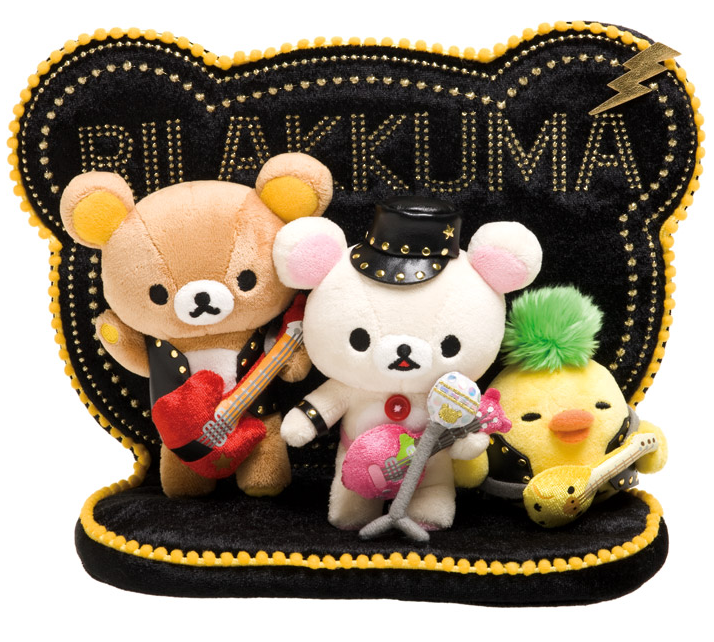 In the 2013 collaboration, Rilakkuma, Korilakkuma and Kiiroitori were designed to be punk rock stars with the black and yellow rocker stage and Kiiroitori was given a "mohawk" hairdo. And Korilakkuma was the lead vocal singer, which was refreshing to see as Rilakkuma is usually the main character among them. 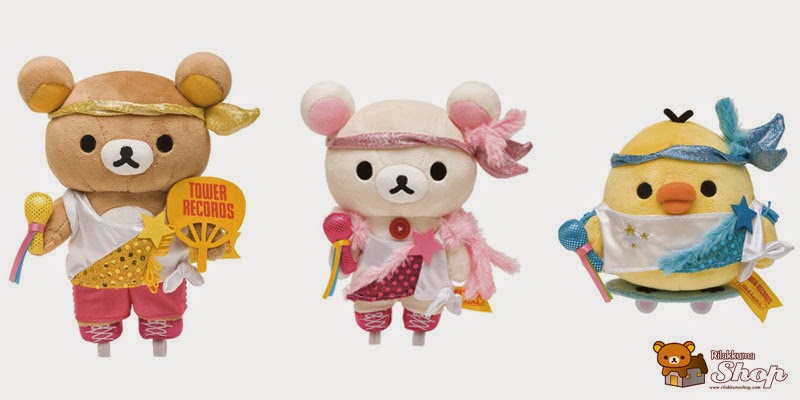 Individual plushies are also available for purchase and they are slightly different from those on the stage. Which makes us wanna get them all! 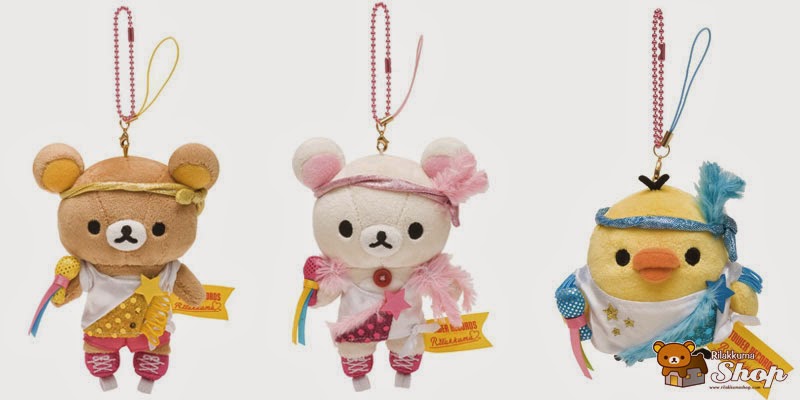 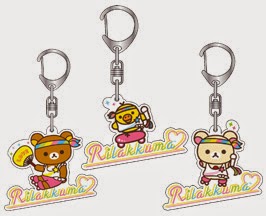 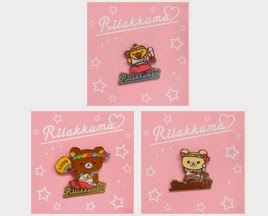 Apart from the usual plushies, San-X also released hanging plush charms and other items that are super cute. Especially the pin badges are really really attractive! We are trying to get our hands on some of these to be pinned on our tees or caps. 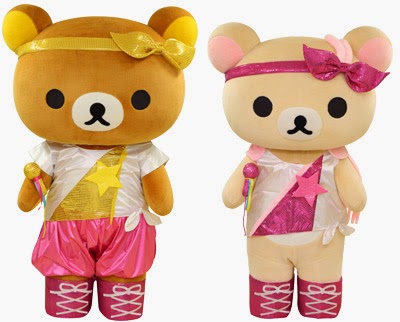 Who doesn't like life size Rilakkuma?? We know we do! These mascots are going to be on Relax Tour 2014 this whole month! Hehe, even the event is a "tour" to fit the theme. The tour schedule can be found here. If there is any one who is going to be visiting these lovely mascots, please send your photos to us to share!

This series will be released in Japan during July period and we are looking forward to see this in real life! We now opening a pre-order for this series and more details can be found here.

Though Kiiroitori is not moving but he is super cute in that outfit! We want that Kii-chan!

And Rilakkuma totally swept the hearts of many fans at the events! You can hear them laughing and saying "kawaii" all the time!

Other than merchandise collaboration, San-X and Tower Records are working together for a Rilakkuma theme cafe event. 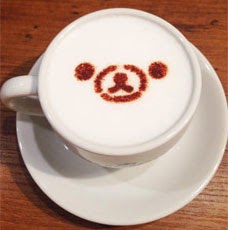 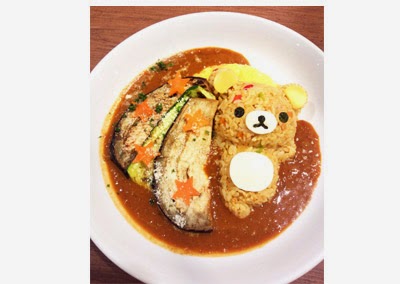 Since this is a cafe, coffee and food are the main focus and the team came up with really awesome plating for the rice! We think that it might be made using the body mould that San-X released last year. Now, we are regretting not keeping one for ourselves (′︿‵｡)

Have a relax day everyone!

Hearts from Rilakkuma Shop at 12:20 AM