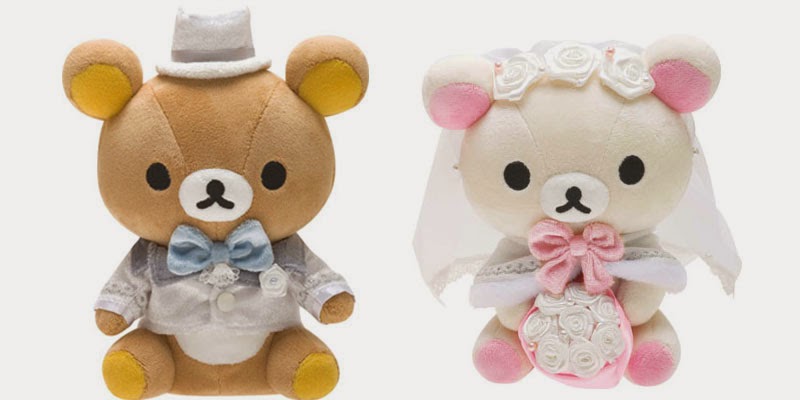 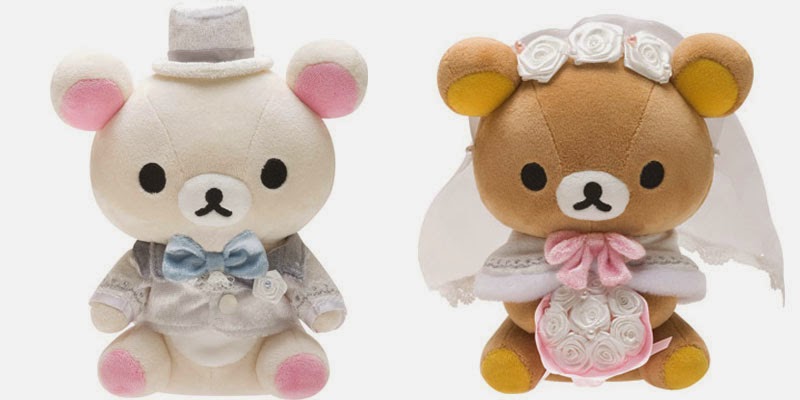 These are the limited edition Rilakkuma Wedding theme this year! Previously we've blogged about the wedding plushies that fans made using Rilakkuma and Korilakkuma and we really hoped that San-X will come up with a theme plushies for it and here it is!!!

They will be released in many Rilakkuma Stores in Japan on 13 September 2014, retailing at 6000 yen (exclusive of tax) and since this is a limited edition, they are sold as whilst stock last! Mark your calendars if you are living in Japan and get a pair!

We will be going to Japan that period and hopefully we can get our paws on them! Kyaaaa~

If you'd like to get one through us, please email us at contact.rilakkuma@gmail.com and we will try our best to get it for you. No guarantees though, since it is a limited edition.

Hearts from Rilakkuma Shop at 5:33 PM